Our kids are growing up in the generation of technology where everything is on tablets or phones or is electronic. Board games may seem a little old school, but it’s a great way to play with your kids, teach them about rules and fairness, have family time and most importantly, it’s an easy way to have some fun! We have lots of board games in our house from the classics to the new stuff. Here the top 5 Board Games for Preschoolers that you can play together.

5 Board Games for Preschoolers to Play

1. Candy Land
This is a classic board game that’s been played by kids since it was first put out by Hasbro in 1949. It a simple spin the wheel and move your character to that colour. First person to the end end win! The game says it’s ages 3+ and it’s definitely easy for a three-year old to play along. 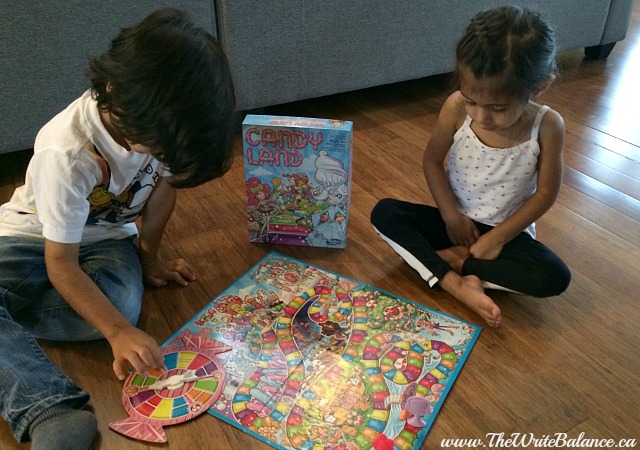 2. Jenga
I really enjoy playing Jenga and now so do my kids. It’s basically a game of skill and fun! It actually helps kids with their motor skills as they carefully try to take a piece from the middle and put it on top. And if they’re not successful, there are lots of laughs and excitement when the tower falls down. Even though the game says ages 6+, we’ve been playing it with the kids since they were three. And if you want to buy a mini version, they sell it at Dollarama for $2, perfect for travelling. 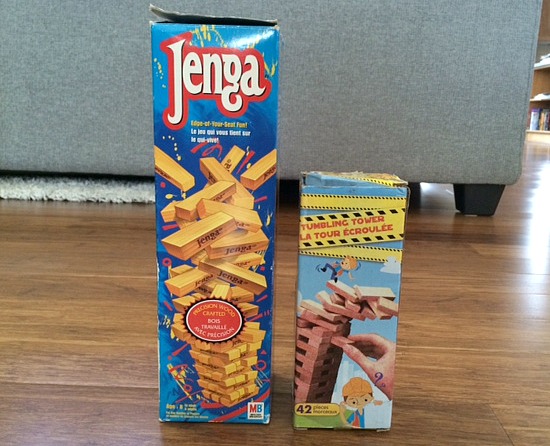 3. Brown Bear – What Do You See?
Most of us know this as a book our children love. But it’s actually a board game as well. The game takes the words and photos our kids love and puts them into a game of memory and matching. Both my three and five-year old enjoy playing it and they can even play it together without me, a good way to keep them occupied if you need to do something. 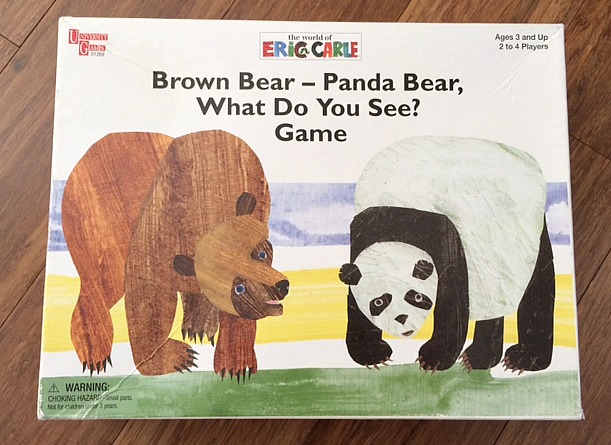 4. Monopoly Junior
Who doesn’t know Monopoly? The junior version simplifies the details. It takes properties and makes them into carnival games and attractions, while houses and hotels become ticket booths. The money is in smaller values so it’s easier for kids to keep track themselves. A classic game that’s lots of fun to play. 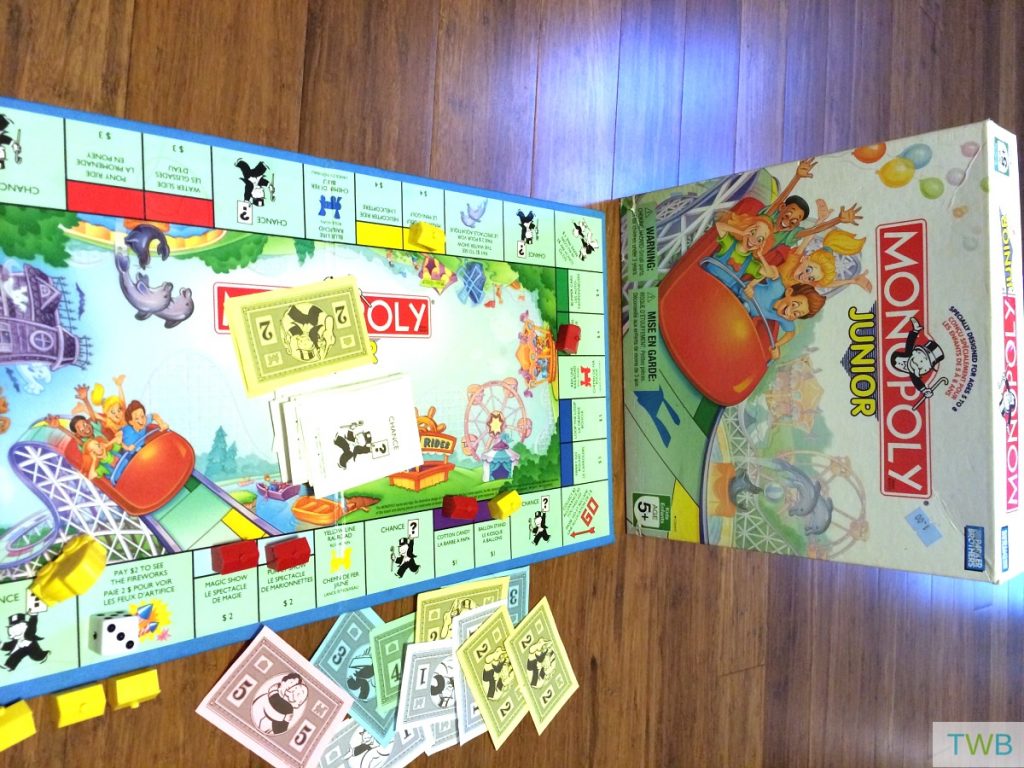 5. Cranium Cariboo Island
This is a treasure hunt game that’s designed for young kids and it helps them learn letters, numbers, shapes and colours while having fun! They will explore the golden island of Cariboo, looking for coins to help them unlock the treasure chest. This game says ages 3+ and it has options for advanced ways to play when your kids get older.

Those are just 5 board games for preschoolers that we like. What are the board games that are played the most often in your house?

For more fun kids crafts, activities and DIY’s check out this Pinterest Board.

11 thoughts on “5 Board Games for Preschoolers”