I think I may have mentioned this once before, but if not, I love Bollywood movies! I’ve been watching them since I was a kid, even before I could understand what they were saying. I was just fascinated, with the visual story, the outfits, the dance numbers and the music.

My favourite actor growing up was Amitabh Bachchan. If he was in a movie, I watched it and I sang all the songs.

One of my favourites back in the day were Coolie where Amitabh played a orphan who worked at a railway station. Little did he know that his mother was still alive. An evil man killed his father so he could could brainwash Amitabh’s mom and make her live with him. Of course there is a beautiful girl, songs, fighting and a climax you have to see. 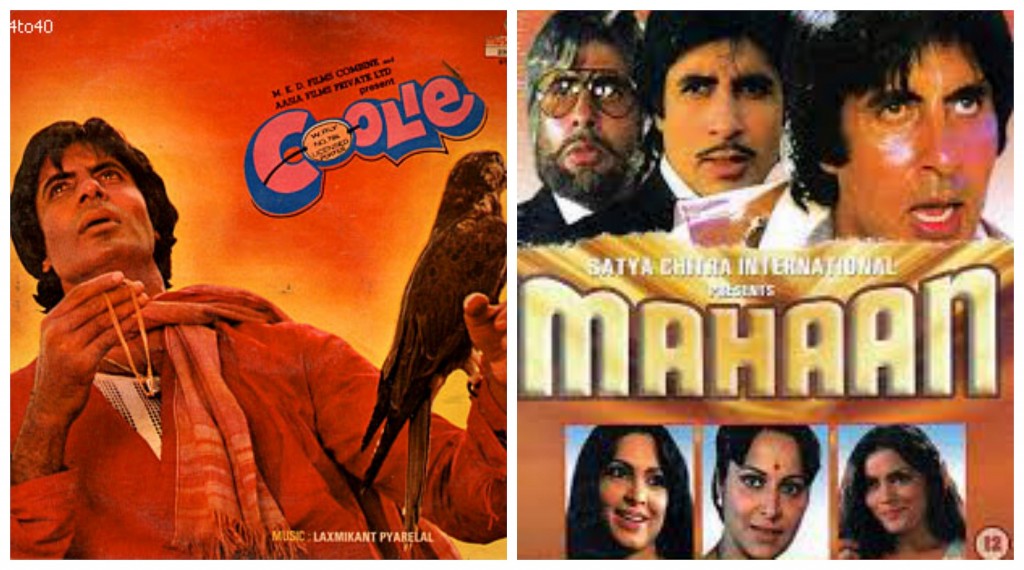 I also loved Mahaan where Amitabh was in a triple role! He played the father and twin sons who were separated at birth! This is a must watch too.

I could go on with the list of his movies like Amar Akbar Anthony, Hum, Naseeb and Lawaaris that I loved but those movies from the 70’s and 80’s are a little too much for my kids because they are so young. Of course Bollywood films have evolved over time and now, you not only have action movies, there are also romance, comedy, drama and family movies that everyone can enjoy. 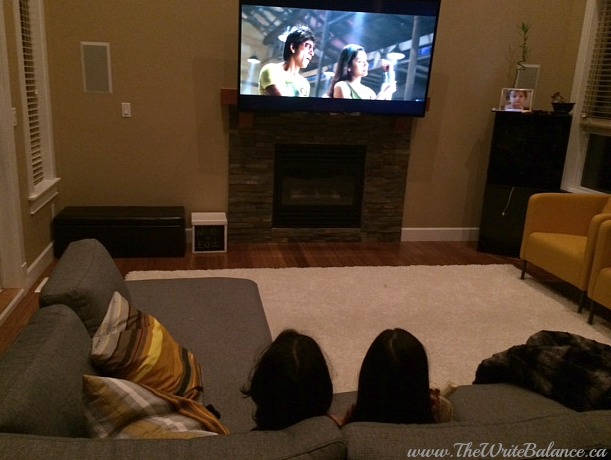 The reason the idea for this post came about is actually because my kids watched their first Bollywood film ever and I was kind of excited to share about it! I wasn’t planning on it because really, how are a 3 and 5-year old going to sit through an almost three hour movie where they don’t even understand what is being said and can’t even read subtitles, yet, there they sit, completely engrossed.

My intention was to let them watch a song that that they really like from the movie Rab Ne Bana Di Jodi (Matches are Made in Heaven) on Netflix. Then they really got into it and wanted to watch more. I started getting antsy because it was getting close to bed time but my hubby was loving it. He thought it was awesome how glued they were to the movie that lasted 2 hours and 45 minutes! 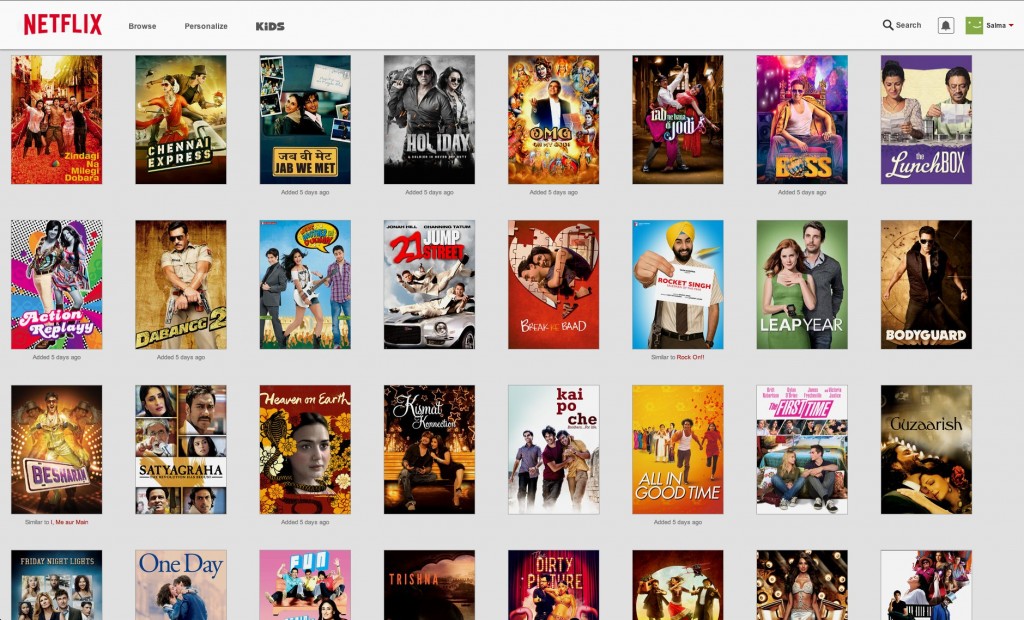 It got me thinking. The majority of people I know watch Netflix. It’s great for kids shows, movies and television series’. I actually rarely turn on cable anymore unless it’s to catch an episode of General Hospital or to catch up on a series that’s new. But do people realize the amazing list of foreign films that are on Netflix? It’s actually pretty amazing! If I check my list of things I want to watch, it’s75% Bollywood movies and 25% English movies and TV series. It really is worth checking out, especially because there is the option for subtitles.

If the thought of watching a Bollywood film intrigues you but you don’t really know where to start, here are a list of some of my favourites: 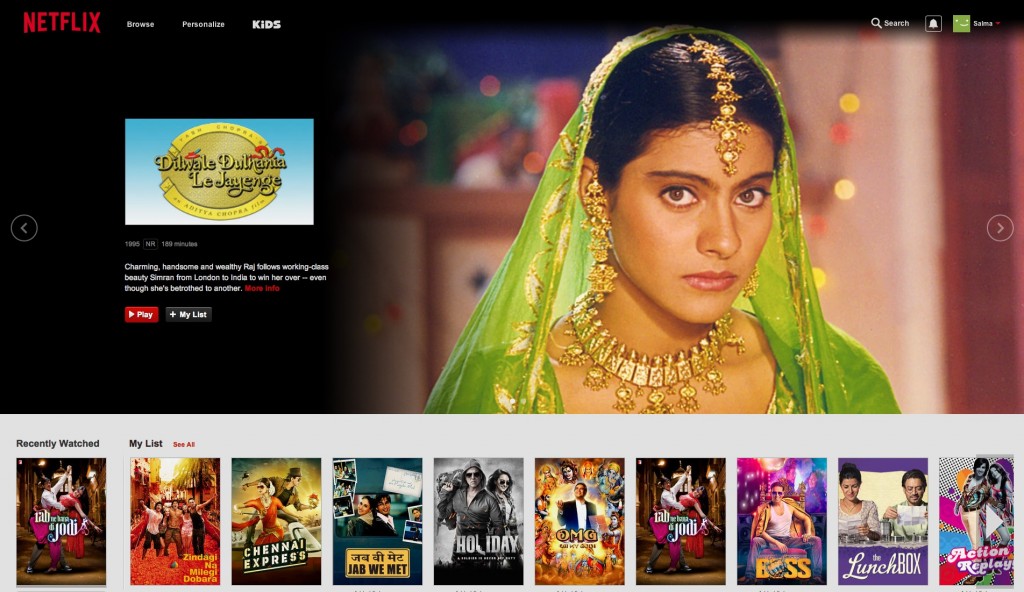 I hope this inspires you to start checking out the foreign and Bollywood film options that are on Netflix next time you are having a movie night. If you are already an avid fan, what are your favourite foreign films?

Also, this post took me a reeaallly long time to write because as I kept searching for the links to the movies, I started watching them!!

13 thoughts on “Bollywood Movies for the Whole Family”