You’ll often find us baking in our house. Muffins, cookies, cakes, we love baking them and eating them. I also found that it’s a great way to get the kids interested and helping in the kitchen. One of our new favourite recipes is one for super simple Homemade Cinnamon Buns.

What’s not to love about cinnamon buns? They are sweet, soft and delicious! Of course they can be time consuming to make. That’s why I had to share this super simple homemade cinnamon buns recipe that the kids and I love making.

Instructions for Simple Cinnamon Buns:
1. Pre-heat the oven to 375 degrees.

2. Sprinkle some flour on whatever surface you are working on and roll out the dough or pastry into a thin rectangle.

3. Melt the butter. Then use a brush to completely butter one side of the rolled out dough. 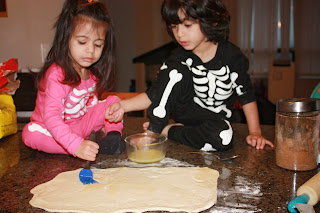 4. Sprinkle it with brown sugar, as much or as little as you want and do the same with the cinnamon.

5. Then from the long end of the dough, tightly roll it until it’s one long stick. I like to stretch it out to make it a little longer too. 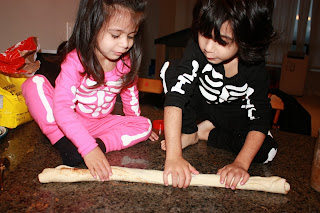 6. Once that’s done, take a sharp knife and cut the dough into pieces. You can make them small or big, both work. Then put them on a greased baking sheet. Make sure to leave enough space between each piece because they will expand as they bake.  If you have any melted butter leftover, you can spread it on top of the buns before putting them in the oven.

7. Let them bake for about 15 minutes, You should see them browning and the sugar caramelizing. When they are done, take them out and let them cool for a few minutes. You can also make some Powdered Sugar Icing to drizzle on top to increase the yumminess factor, I did. And they were amazing! 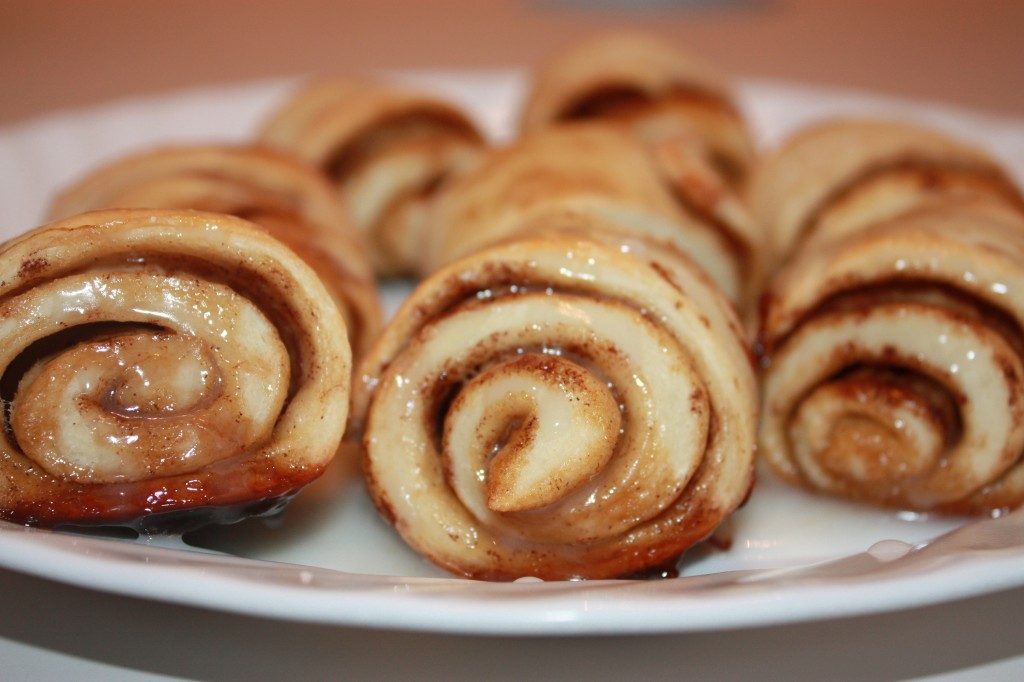 And if you liked this recipe, you might also like:
Best Banana Chocolate Chip Muffins
No Bake Granola Balls