Since moving back to Vancouver from Winnipeg, it’s been wonderful to have family around again, for the hubby, for me as and for the kids. But there is one downside and that is, Too Many Toys. 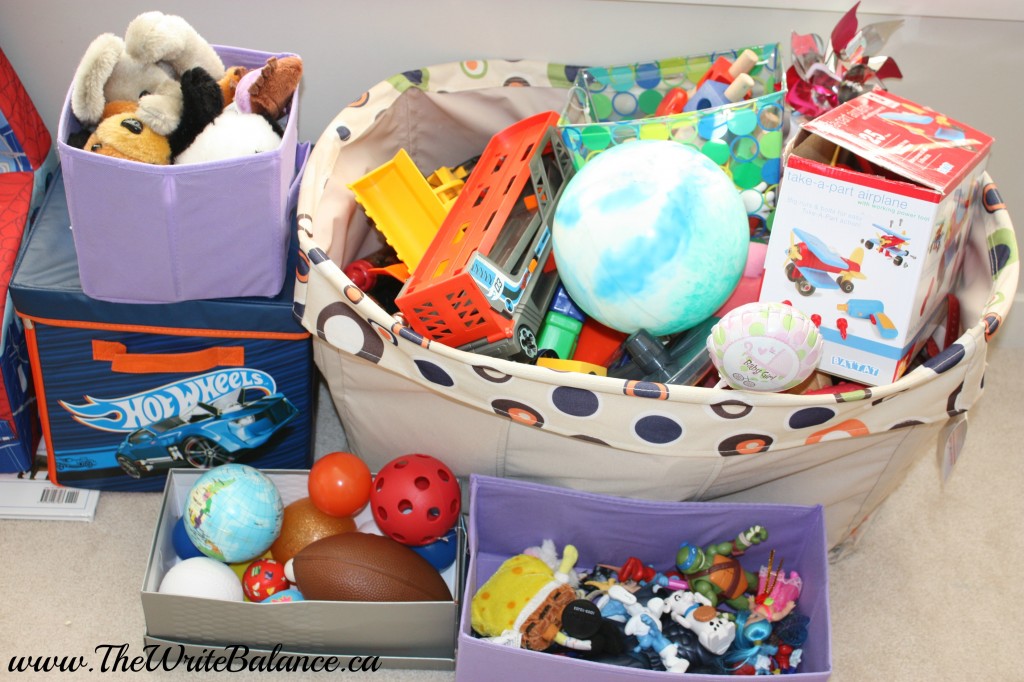 At first it didn’t seem like a big thing. Everyone was excited to have the kids around so each time there was a visit, there was a new toy or a game or some knick-knack for the kids. Now we’ve been back for a year and the gift giving hasn’t stopped and I’m afraid it’s spoiling the kids, especially my four-year old. It seems that every time we go out he now expects us to buy him something, even if it’s just from the dollar store because that’s what happens almost every time he is with a family member and that is definitely not okay!

So I finally decided I would have to have the conversations with all the party’s involved otherwise this would not be stopping anytime soon. If I didn’t nip it in the bud, Keyan would soon be the kid that expects to get everything that he wants and not value the things he gets because he has so much stuff already.

“Oh you were in a car accident, you kids are so brave, here are some toys to reward you.”

Or “It’s Halloween, that’s a special occasion so here are some more toys.”

Not even “It’s my birthday so lets go and buy YOU some presents.”

No. I mean the kid’s birthdays and the few times a year that we have special occasions. And that means only one toy, not five toys, no matter how much the kids ask. Instead I suggested spending more time with them, reading to them more, going out and doing some more fun activities that will benefit the kids so much more than getting ‘stuff.’

Hopefully my message will got through. Still, that doesn’t solve the problem of the too many toys we already have. I talked to my friend Roxanne about it and she had a great idea. Every time the kids get a new toy, take them to their old toys and let them choose one to give a way to another child or charity. This way, they are learning about valuing what they have, about sharing and about charity.

Do you have the problem of too many toys in your house? How do you deal with it?

6 thoughts on “Too Many Toys”