Growing up in Coquitlam (just outside Vancouver) was tough. My school only had two South Asian girls, one of them being me. I also sported glasses, hair on my arms and a bit of a moustache. I looked different and kids were mean to me because of that, especially the girls. They would make fun of how I dressed, the food I ate, they wouldn’t let me play hopscotch with them and they talked behind my back.

Growing Up as the “Geeky Kid.”

When elementary school was over and I changed schools for grade 8, I tried to change myself in hopes of being ‘normal’ so people wouldn’t mock me and maybe I would have some more friends. I got contact lenses, waxed my moustache and got new clothes. It worked for a while. Girls were nicer to me and I was making friends, with the popular girls! But I couldn’t forget the past. My fears, insecurities and inner geeky kid held me back from discovering the full potential of who I could be and what I could do.

Home was my haven. When I would come home from school, hurt and sad from the kids being mean to me, my mother would wrap me up in her warmth and say things to make me feel better. No mother wants her daughter to feel the way I did.

I also lost myself in books. I realize now that my appetite for reading was probably so big  because it allowed me to get lost in another world, a place that was different than where I was. But it only pushed away the reality until I finished the book.

Today, even though my insecurities may pop up once in a while, I am a different person than I was as a young girl.  As a parent, I want to make sure my children never feel the way I did. I want them to grow up feeling confident in themselves, their abilities and the people around them. 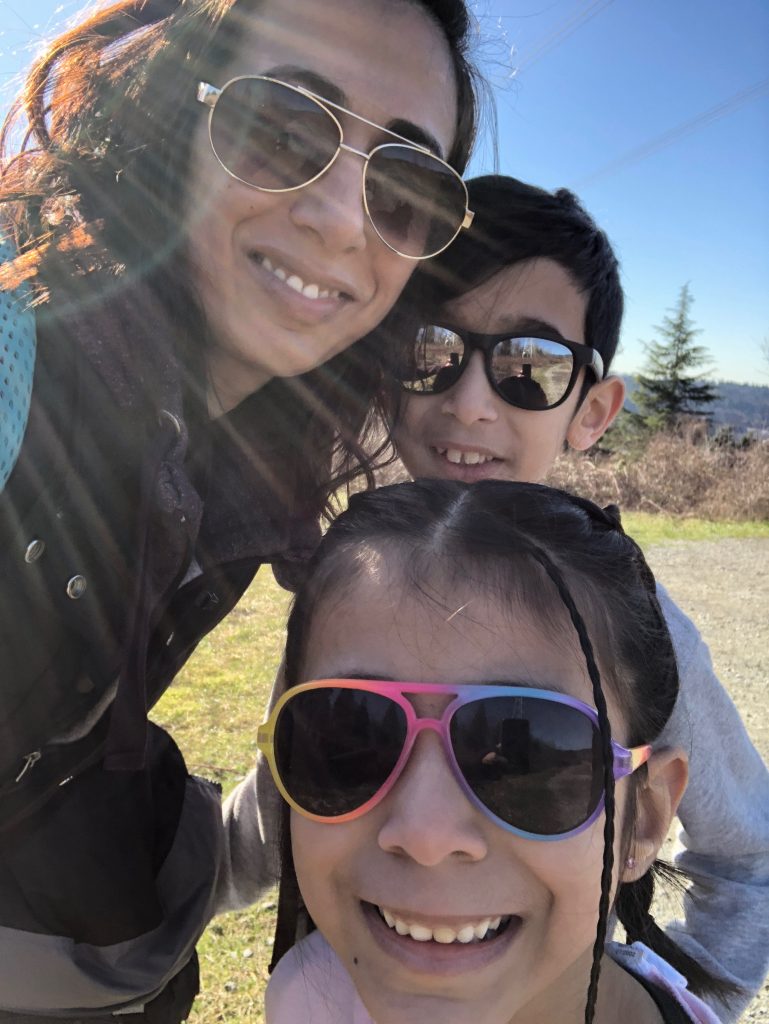 Even though I know this may happen, I still don’t want my kids to come home from school sad or crying because other kids were mean to them. I don’t want them to pretend to be sick so that they can stay home from school. I want them to love books because reading can be an amazing new adventure with each new book, not because they want to escape a their life. I want them to feel like they can do anything and try anything they want, because that’s how life should be.

Some of the things that are important to me and that I’ve learned after growing up as a “geeky kid” are:
Building Self-Esteem in Children
Teaching Kids to Have a Positive Body Image
Talking to Kids About Bullying
Preventing Emotional Eating