It’s been about four weeks since we’ve moved. It’s been a hectic month. Right after we moved we had our son’s birthday party, then we went away for a trip, there have been field trips, events and the list of excuses go on. 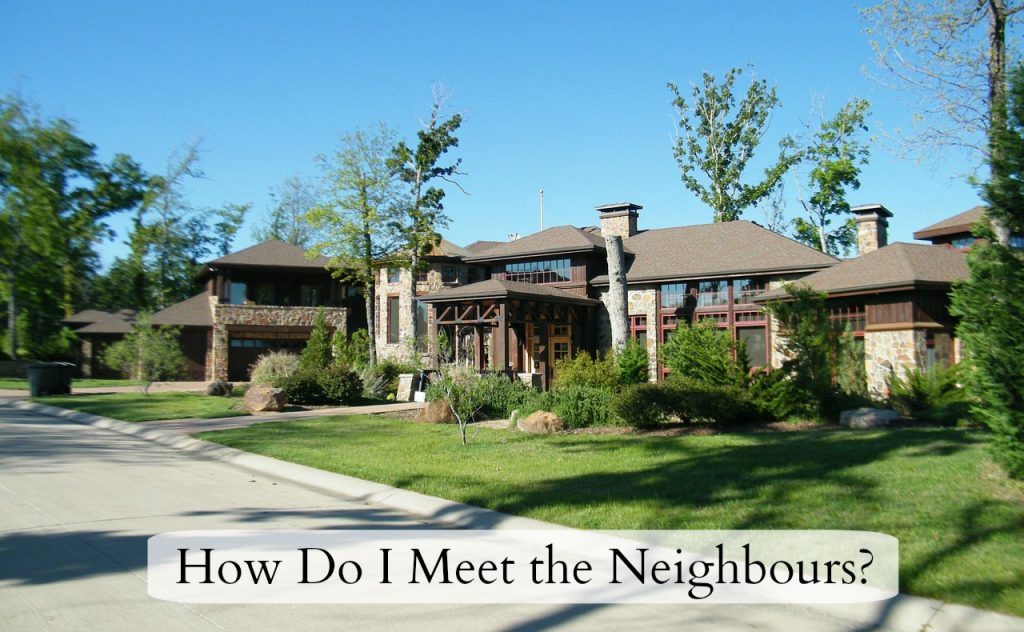 I find myself in the same predicament I was less than two years ago. In our old place, I let so much time go by with the fantasy that the neighbours  would come by with cookies or to welcome us. But I know this isn’t a movie  so that never happened and we never really got to know too many people.

I don’t want that to happen again in our new place. I want to make sure to meet the people living beside us and hopefully have a good relationship with them. Having friendly neighbours can be amazing! I know this because in Winnipeg we made amazing friends with so many people in our building. We could go over anytime to chat, borrow a cup of milk and vice-versa. It is also nice to feel like part of a community, it make you feel safe in your neighbourhood and there also may be times when you need to call on a neighbor for help.

It’s only been thirty days since we moved and I don’t want to make the same mistake as last time. I know I need to make the first move but I’m not actually sure how to do it. Here are some ideas I came across.

2. Host a neighbourhood housewarming or cocktail party
Keep it simple with just some drinks and finger foods. It’ll be a relaxed way to invite people in your area over and get to know them.

3. Just say hi
If you see your neighbours in their driveway or at their front door, just go up and introduce yourself.

Another question I have, is do the four of us go over and introduce ourselves together or do I just do it solo?

We are leaving for a vacation next month so that is my deadline for meeting the neighbours. Which idea do you like the best? Or is there something that has worked for well for you when you moved into a new neighbourhood?

20 thoughts on “How Do I Meet the Neighbours?”